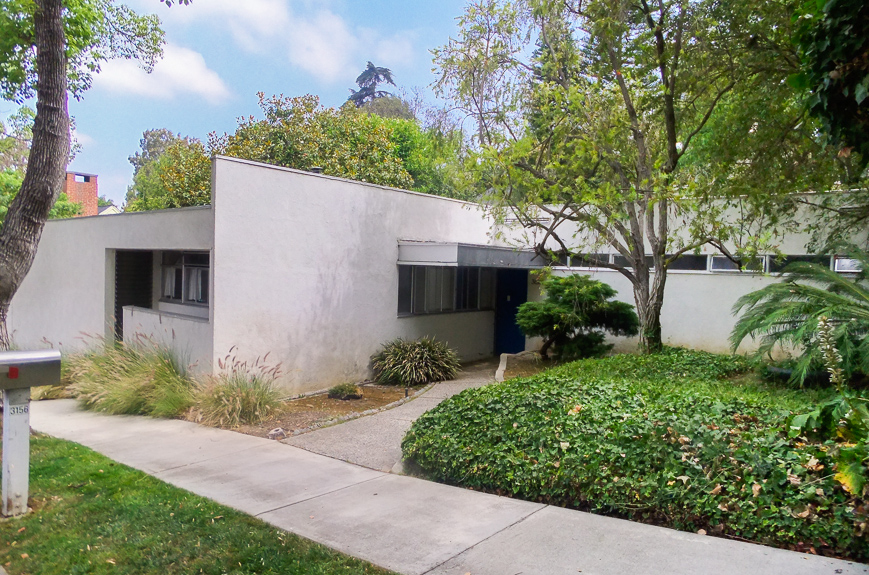 Exterior view of the façade, as seen from the street. The parapet wall (center) juts forward, calling to mind the prow of a ship. On left is the kitchen entrance partly concealed by a low pony wall. A cantilevered overhang protects the front porch and bank of casement windows. The clerestory windows (right) continue the horizontal line established by the overhang. Note the small setback of the wall on the right – it’s only 12”. Existing building code allowed Neutra to set the house very close to the sidewalk, thus allowing for a larger back yard. Photo by Barbara Lamprecht. 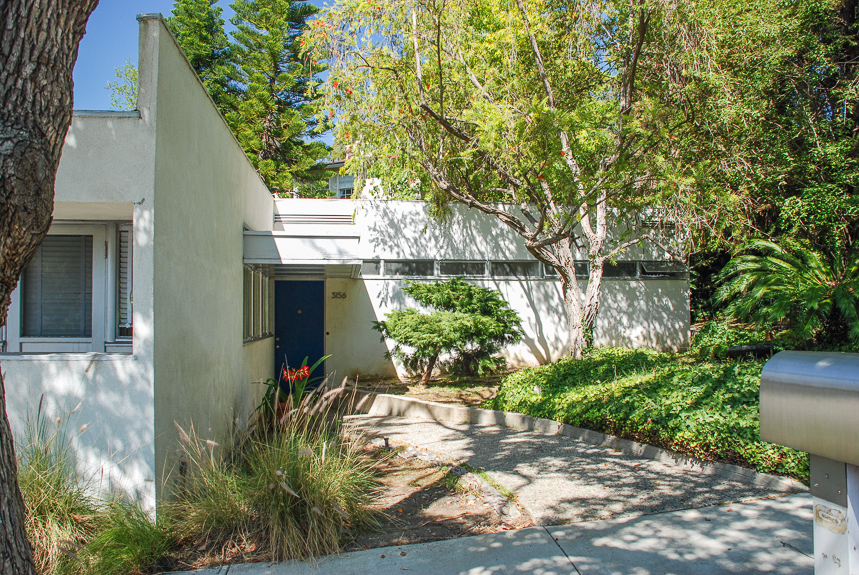 From this angle, one of two large louvered attic vents is seen above the overhang. All exterior walls are white stucco. All the trim was painted using industrial aluminum pigmented paint, Neutra used this color scheme in many of his designs. The walkway and low retaining wall are original. Neutra liked to design landscapes too. Photo by Laura Orozco. 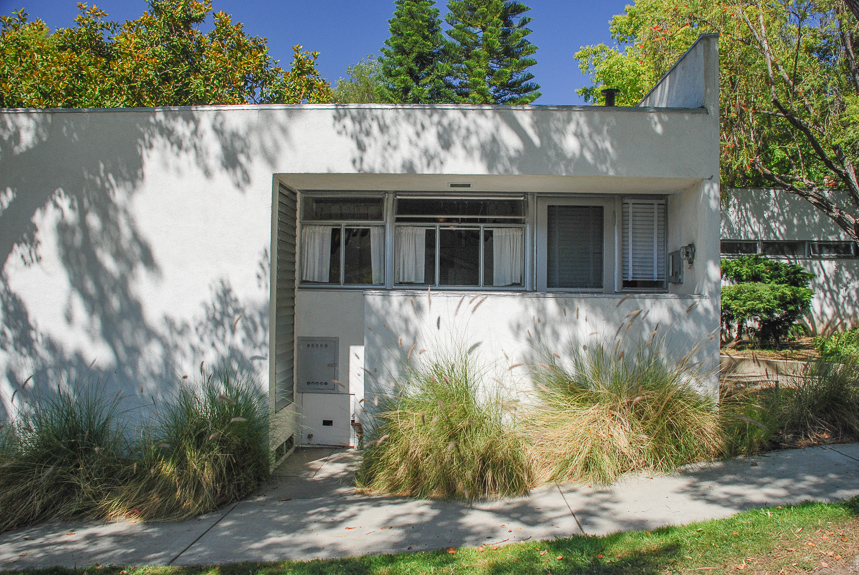 Frontal view of the kitchen entrance behind the low pony wall. Wall-to-wall casement windows are topped by projecting horizontal windows for ventilation – they are the same shape and size of those used in the master bath. A small trash can access door is visible behind the entrance to the kitchen porch. (Barely visible on the roof is the 1939 copper water heater vent.) Photo by Laura Orozco. 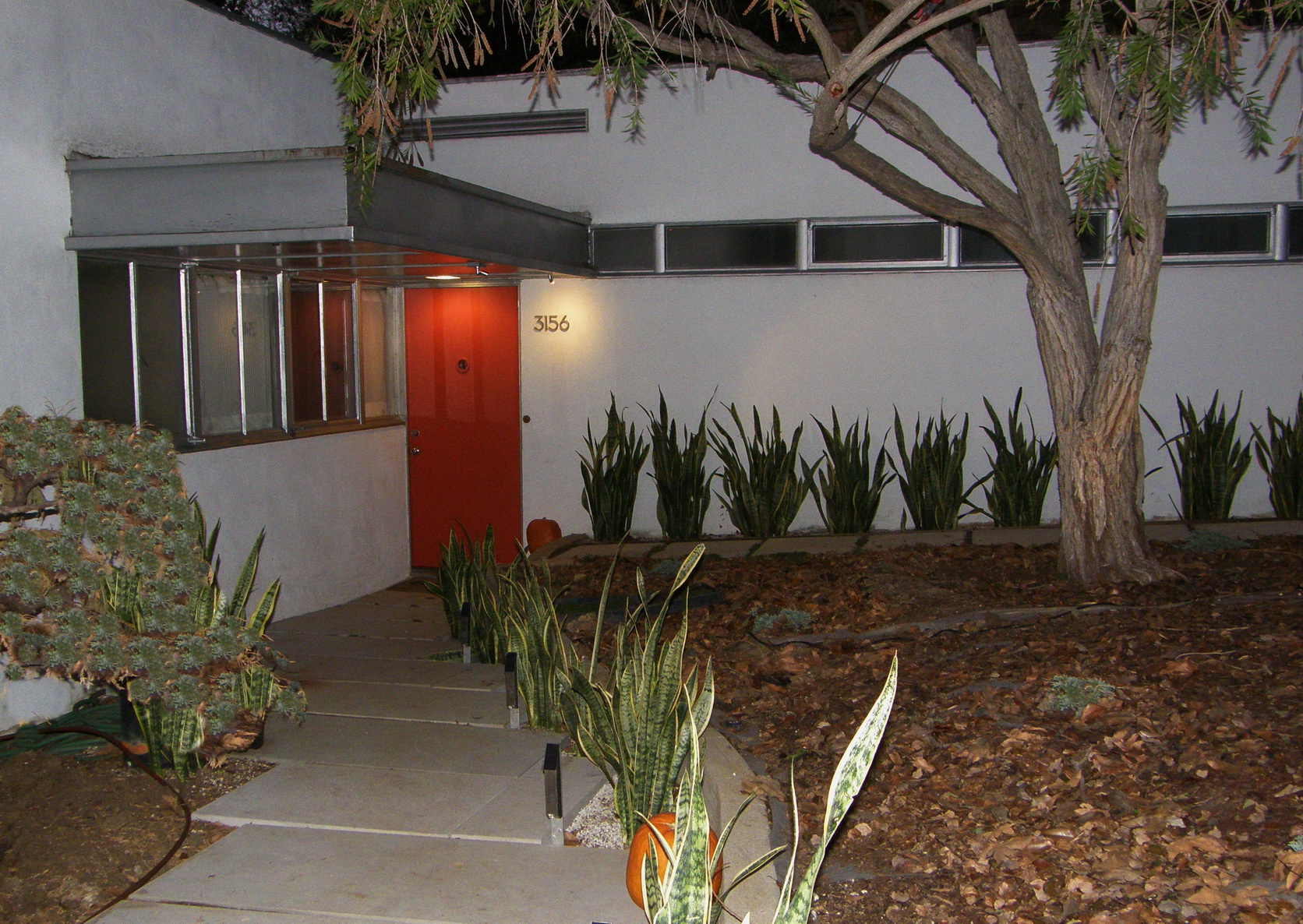 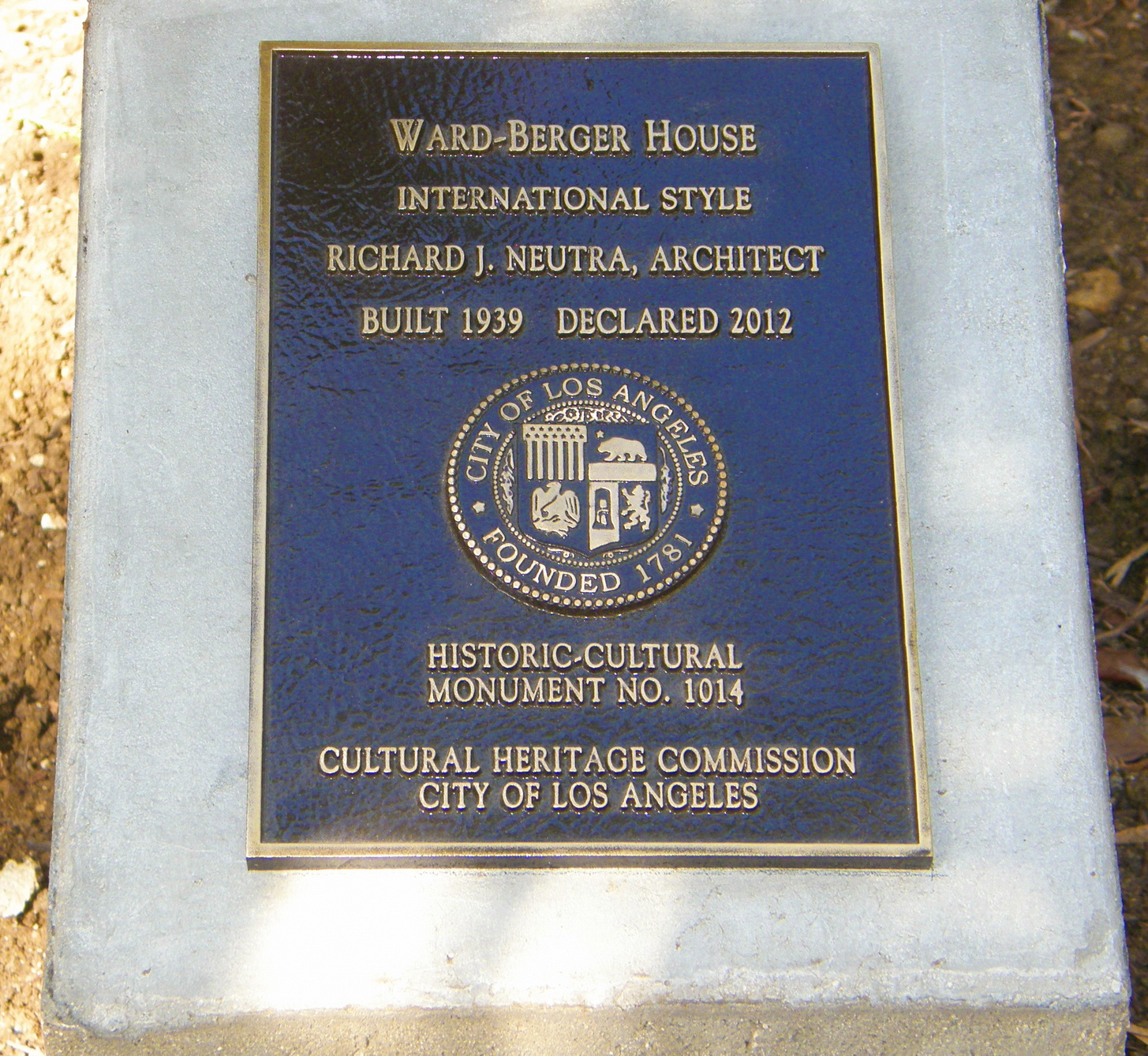 Bronze plaque issued in 2012 by the City of Los Angeles, in recognition of the house as an Historic-Cultural Monument. Plaque is mounted atop a concrete plinth located adjacent to the sidewalk. Photo by Sam Robertson. Special thanks to architectural historian Barbara Lamprecht, PhD, for preparing the HCM application documents for presentation to the L.A. City Planning Dept. The HCM designation was made possible due in large part to her services. 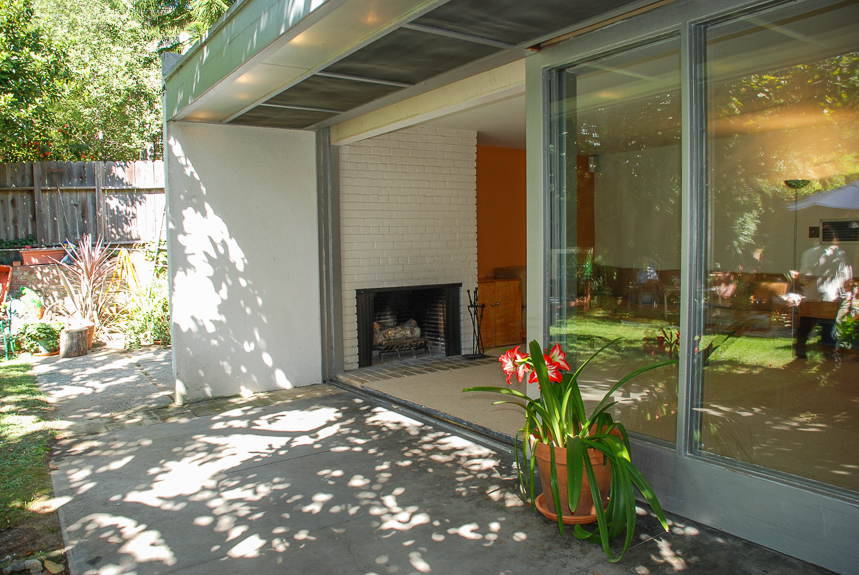 Oblique view of sliding glass doors (here one overlaps the other). In the soffit in the overhang, the original lighting system is seen, as well as large steel-screened attic vents. Photo by Laura Orozco. 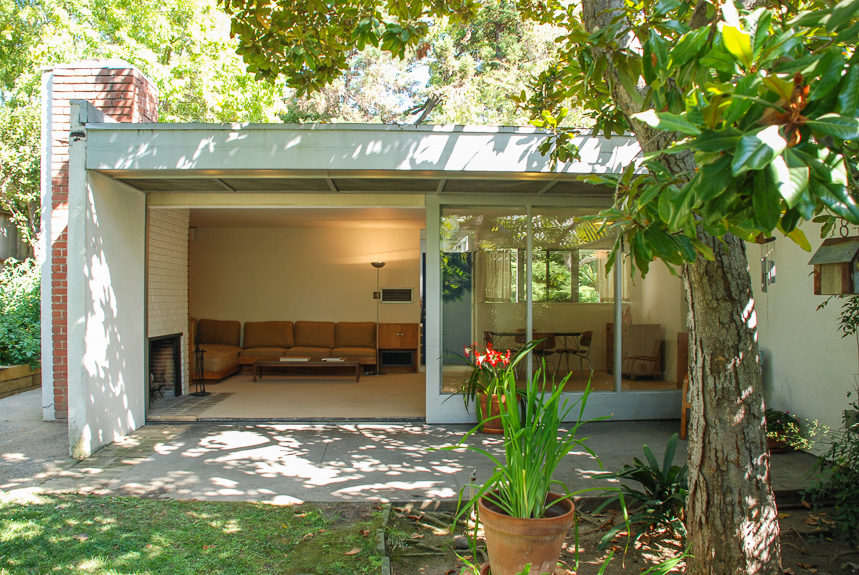 Head-on view of the sliding glass doors with the living room visible inside. Above the doors, in the soffit, original lighting is just visible. The magnolia tree at right was planted shortly after the house was completed. It is seen as a small sapling in archival photos. Photo by Laura Orozco. 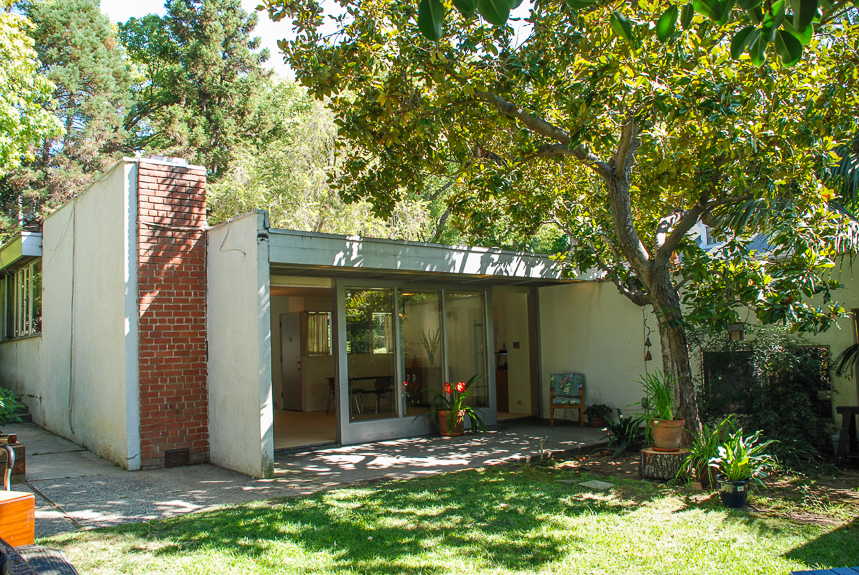 View from the back yard features the low brick chimney and both 13-foot wide sliding glass doors. The doors are suspended from an industrial rolling conveyor system. The doors hang freely but are guided by ¾”x ¾” brass rails mounted on the concrete slab. On the far left, the 2nd bedroom windows are visible. They are protected by a short overhang that also provides attic ventilation. Photo by Laura Orozco.
↑